When working with computer graphics, machine vision or simulations of various kind, two problems (among many others) which keep popping out are

One way to build a solution for those two problems is to rely on a particle system. Each point is a particle, particles are repulsing each other with a

force. Put the particles on the disc or the sphere surface, at random locations. Shake vigorously the particles, add some small drag force, let the particles reach a steady state, shake again ... rinse, repeat. It is not as easy as it sounds. How to setup the forces ? How to handle the boundary of the disc ? Which integrator to use to compute the particle's motion ? And for more than a few hundred particles, it will be terribly slow. 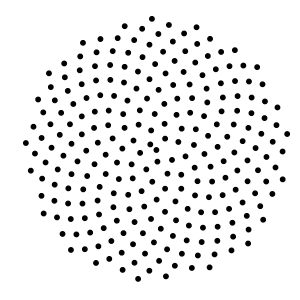 There are much simpler and leaner algorithms to evenly distribute N points over a disc or a sphere, if one can live with just a good approximation. The main idea fits in one word : spiral ! Let's start with a disc. Imagine a spiral of dots starting from the center of the disc. In polar coordinates, the N points are produced by the sequence

are respectively the angle in radian and the radius of the i-th point. Why

? Let's try to cut a unit disc in one disc and one ring of equal areas, by cutting the unit disc at radius

. The small disc and the ring are of equal areas, thus

. Now, let's try to cut the unit disc in one disc and 2 concentric rings, all of equal areas. A  slightly more complex calculation (a system of 2 linear equations) would tell us that we should cut the unit disc at radius

. The calculation is a bit more complex when cutting the unit disc in N equal areas rings, but you can guess the answer now : 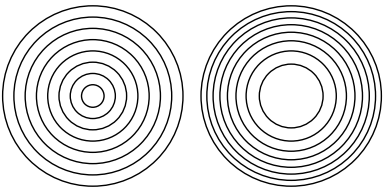 What about the ideal

? Brace yourself... This is the golden angle,

being the golden ratio. If

is a rational number, we would obtain clusters of points aligned with the center of the disk. Thus

angles. This method to spread points over a disc is called Vogel's method. 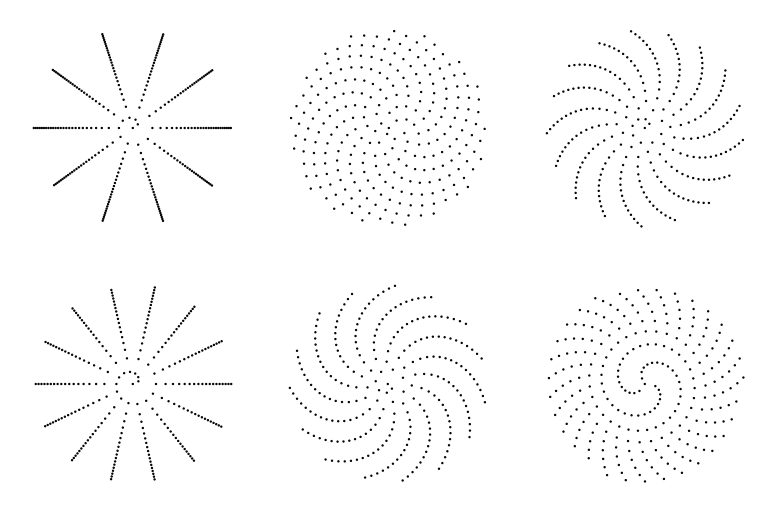 Vogel's method is dead simple to implement. In pure, barebone Python, it can be done like this

Using numpy, one can use vector operations like this

What about the sphere ? We can reuse the golden angle spiral trick. In cylindrical coordinates, we would generate N points like this

And voila, an extremely cheap method to spread point evenly over a sphere's surface ! The code for this method is very close to the one for Vogel's method.

Note that you can also use this method to make a sphere mesh. The sphere will look good even with few polygons, but the indexing and computing the normals won't be especially fast. For this specific problem, making a sphere mesh, Iñigo Quilez have a very nice, efficient method introduced here 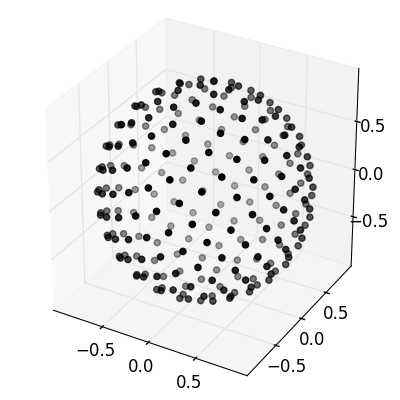